Home defense and protecting your family is essential – but, believe it or not, there actually are laws restricting it.

In other words, the courts have to agree that your life truly was at risk and you had to kill. The term that they use is “imminent danger.” That means that if there was someone facing you, brandishing a weapon, who had stated their intention (by words or actions) to use that weapon on you. They don’t have to have a gun, especially if they are close, because guns aren’t the only weapons that can kill you.

But what if someone isn’t threatening to kill you — what then? Can you still kill them? The simple legal answer may be no; unless your life is in danger or the life of someone else is in danger, you can’t use lethal force. In those situations, you need to rely on other means of defending yourself. That’s why you need less-than-lethal weapons. Here are a few non-lethal, yet effective home defense methods.

By now, everyone is familiar with the taser. The high-voltage shock incapacitates people for a period of several minutes, overloading their nervous system, without causing any real damage. The problem is that most tasers are contact weapons, which means that you have to be close to contact range and manage to hit your adversary with the contacts of the taser. That takes a bit of stealth and deception to accomplish.

Another option is the taser gun. These shoot a “bullet” that has two electrical probes, which are connected to the gun itself. Upon contact with the person, the electrical shock is administered to the individual, causing much the same effect as the handheld tasers. These have a range of 15 feet, which isn’t much, but it’s enough for use in most indoor scenarios.

The shotgun has long been viewed as an excellent choice for home defense. It provides a lot of firepower, as well as being able to be used in a “point-and-shoot” mode of operation, rather than aiming accurately. A hit with a load of buckshot or a slug fired from a 12-gauge shotgun does a lot more damage than a pistol bullet can as well.

There are now a couple of different options for non-lethal shotgun shells. One of these is the beanbag round and another is rubber slugs. In both cases, the idea is to cause blunt trauma to the criminal; knocking them down and inflicting pain, rather than penetrating their bodies and doing more permanent harm. As such, they are an excellent choice for use in a situation where lethal force may be looked at as inappropriate by the courts.

No change has to be made to the shotgun in order to use these non-lethal shells. The overall size of the shell is identical to normal 12-gauge shotgun shells, making a change from one to the other extremely easy. You can even keep the shotgun loaded with 00 buckshot or slugs and quick-load a beanbag if it is needed. Keeping some of these shells in an on-the-gun shell holder ensures that this option is always available.

Sonic weapons fall somewhere between a novelty and an actual weapon. The idea was originally studied by the Navy for protecting vessels from pirates. The sounds produced by the weapon cause nausea and weakness, and can even cause attackers to turn tail in fear.

There are smaller sonic weapons available on the market that can be purchased for home defense. This wouldn’t be a hand-held weapon, so much as a weapon that is mounted in a home, ready to be used. As such, it would be ideal for protecting an entryway to a home. When turned on, the speakers produce a sound which is designed to incapacitate intruders.

I can’t say that I’d count on a sonic weapon as my only option of home defense, but I do have one mounted above my entry door. In the case that my home comes under attack, the idea is that this will help to make the attackers change their minds, before I have to take more direct action.

Pepper spray has been in use for years as a personal defense weapon, replacing teargas as being a safer option. However, like tasers, pepper spray requires being in close proximity to the assailant. The average pepper spray canister is only good for four to six feet, although there are some which will shoot as far as 15 feet.

Another pepper spray option is bear spray. This is nothing more than a more concentrated form of pepper spray, intended for use against bears. However, it will work as a self-defense spray against two-legged attackers as well. The major difference between bear spray and other pepper sprays, other than the greater concentration, is the greater range. Bear spray can shoot as much as 32 feet, depending on what kind you buy.

There are also new pepper pistols on the market for home defense use. These shoot a pepper “bullet” rather than a lead one. Powered by Co2 cartridges, these pistols can fire as far as 50 feet. Upon impact, the bullet capsule breaks open, enveloping the intruder in a cloud of hot pepper. Like pepper spray, it clouds vision, impairs breathing and leaves them gasping for air.

What are your non-lethal preferences for self-defense? Leave your tips in the section below:

Get $600 Worth Of Survival Blueprints … Absolutely Free! 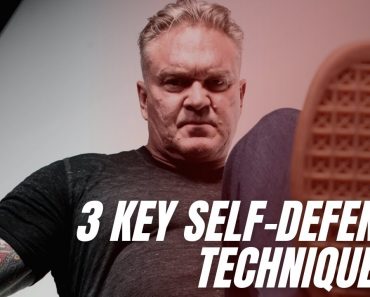 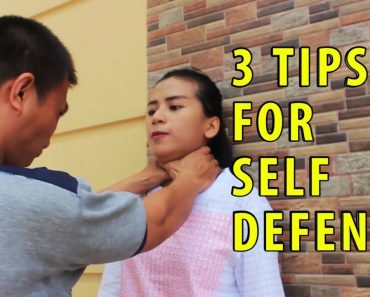 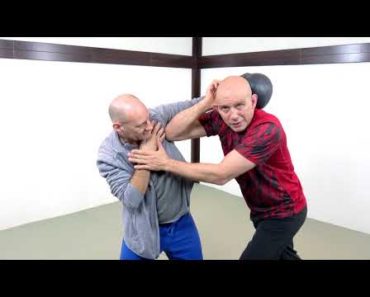 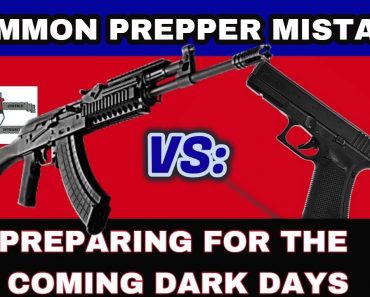 THESE PRICES ARE NOT THE SIGN OF A HEALTHY ECONOMY

Will EATING EXPIRED FOOD KILL YOU? | Organizing the Prepper Pantry

Prepping for Food Shortages—Making Room in My Prepper Pantry!

6 Awesome Self Defense Gadgets You Can Buy on Amazon

SAVE A DYING PLANT: Tips/Hacks | How to Tell My Plant is Dead or Alive? | Revive a dead plant