Taking advantage of some unique hiding places when concealing your guns could help you to avoid illegitimate confiscation efforts.

The recent shooting of Gary Willis has shown that the liberal left is still hell-bent on taking away our guns. Gary’s only crimes were to get in a disagreement with a distant relative and then not be willing to turn over his guns to law enforcement officers when they came to confiscate them under a red flag order. The same could happen soon to any of us.

How Do We Resist Gun Confiscations?

This raises the question of how to resist such confiscations effectively. Taking a stand and resisting the police may be a great way to make a statement. Nonetheless, going out in a blaze of glory is really not going to change anything. You’ll be dead or in the hospital and the law will still be in place.

Another option is to go along with law enforcement, but only to a point. In other words, give them some of your guns as a law-abiding citizen but not all of them. Of course, succeeding in this requires that the government not know what guns you have.

Technically and legally, there is no nationwide gun registration. However, some states have their own registration laws. In addition to that, I’m not sure how much we can trust the federal government to follow that law. First off, all gun purchases have to be called into the NICS for a computer background check. Furthermore, the BATF checks the records of all gun sales in all gun stores across the country. So, there is still the possibility that they are creating an illegal database of gun ownership. That wouldn’t surprise me at all.

No Database Is Perfect

Even so, their database can’t be perfect. Private transactions still don’t need to go through the NICS system, so there’s usually no record of them. Nor is there any record of homemade firearms. So if you have made an AR-15 from an 80% lower, there is no record of it existing.

Since there is no record of private sales, you could claim that you have sold one or two firearms that you have hidden away. Additionally, you could keep hidden away any firearms you’ve purchased privately or that you’ve made. The question then becomes, where could you hide those firearms to keep the police from finding them?

When the police served their orders on Gary Willis, there were only two officers present. That makes it sound like they’re not doing Gestapo style home inspections, but rather that they are expecting citizens to cooperate and turn over their guns. If that’s the case, they are more likely to believe it when someone says that they don’t have a particular firearm or that they have sold it. Consequently, if you hide the guns fairly well, chances are that no one will discover them.

Any cursory search by those police officers is only going to be of the obvious places that people usually keep their firearms: a gun safe or cabinet, nightstand, closet, and under the bed. It’s doubtful that they will go much farther than that. In particular, try some of these hiding places:

Concealing Your Guns Tip #1: Bury Them

The best way to make sure that your guns are not found is to bury them in your backyard. Depending on the size of the guns, you could either bury them in five-gallon buckets or sealed into PVC pipe. Either way, the container should be waterproof and moisture-proof, thereby protecting the guns from damage. Even so, you’ll want to oil them down well before burying them.

The one problem with this hiding place is that your guns are not readily accessible. But then again, if your guns have been confiscated, you probably don’t want to be grabbing a gun every time you check the door at night.

Few people understand the ductwork in the attic or basement of a home. This lack of understanding gives you the opportunity to add false ductwork to your house and connect it to the existing ductwork. It doesn’t need to be connected to allow air to pass, but only to look like it’s part of the original. To do that, you need to find the same sort of material and make your new ductwork look like the old. In essence, try to make it look like it goes somewhere.

Few people will take a second glance at this false ductwork, not seeing it for what it is. Rather, they’ll look around and past it as they try to see what else is there.

Following through with the idea of a false ductwork, you could also add in false heat registers. Simply cut a hole in the wall and insert one that you can buy at your local home improvement store. The heat register will be held in place by a couple of screws, but as they are only into drywall, they are easily removed. The good part is that by removing them you gain access to the space inside the wall.

The key here is to put the heat register near the floor so that you can set whatever gun you’re going to put in there on the floor. That way, you can have the firearm hidden below the height of the register but still easy to grab. Only put one gun per register so as to scatter them out and make them harder to find.

Concealing Your Guns Tip #4: In the Walls

Speaking of walls, there is a lot of empty space between the walls of your home. While difficult to access, if you are doing a remodeling project you could hide some guns inside the wall and make note of where they are. You would need to make a hole in the wall to get to them later, but it would be worth it.

This is great for long guns, which can’t just be hidden inside a false heat register. Nevertheless, of all the options I’m mentioning, this is the hardest one to access your guns. As a result, you want to be sure that any guns you hide this way would be ones that you won’t need until you are in a survival situation.

Concealing Your Guns Tip #5: Above A Hanging Ceiling

Many people’s basements are finished with a hanging ceiling. If your home is one of them, you have a ready-made hiding place already. All you have to do is to move a ceiling tile and add a shelf to the side of the existing floor joists for the floor above. You can hide a lot there on a number of shelves without anyone knowing where it is.

The disadvantage to this as a hiding place is that if they try to do a thorough search, this is probably one of the first truly hidden places that they would look. Even then, they probably wouldn’t move all of the tiles, so if you can find a place which is less likely to be checked, that’s a good place to use.

Just like we were talking about false ductwork, you can create false plumbing and it will work for the exact same reason. Notwithstanding, this only works in unfinished basements. What you want to do here is to add a second four-inch drainpipe in the basement. It should span from the ceiling to the floor, just like the existing one. Place it on the other side of the basement so that it isn’t easy to compare it to the existing one.

Finally, you can hide an awful lot of stuff in plain sight. You are probably using your basement, attic, or garage for storage. That means a lot of miscellaneous boxes with a lot of miscellaneous stuff in them. Simply pick a box or two and put the guns in the bottom of them, filling the box back up with its original contents. Someone would have to empty a lot of boxes to find the ones that you hid your guns in.

You may also enjoy reading an additional Off The Grid News article: How To Pack Heat With Absolutely No One Knowing

Or download our free 29-page report that discusses how to legally carry firearms (almost) anywhere, anytime: Stick To Your Guns

Do you have any more tips or suggestions for concealing guns? Let us know in the comments below. 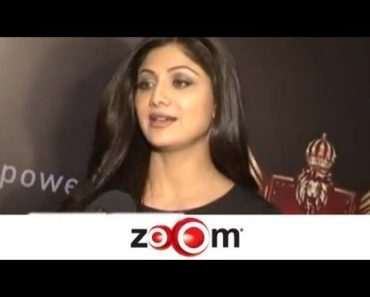 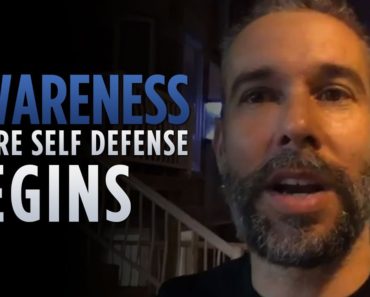