When it comes to smart self-defense, you need to make sure that your action is truly necessary before you pull the trigger.

Anyone who carries has to face the reality that someday they might find themselves needing to use their gun. Sadly, there are some who never fully think this through. They managed to get their concealed carry license because they felt they needed it. Nevertheless, they don’t practice and they don’t really think about what it will mean to actually use their gun in self-defense.

The reality is that any use of a firearm in self-defense is risky. While it does allow the use of deadly force when necessary to defend yourself or defend others, there’s a huge caveat. That is, the courts must agree that your actions were both necessary and reasonable. Otherwise, someone can still accuse you of murder.

Granted, being accused of murder is better than being the victim of a murder. However, if you’re going to be the one who is pulling the trigger, you want to make sure that your action is truly necessary. The less wiggle room you can give a prosecutor to show that you acted angrily or irrationally, the less chance there will be that you end up in court defending your actions.

Smart Self-Defense: What Are You Thinking?

The reality is that there are some prosecutors who will try to prove that you were looking for the opportunity to use your gun to kill someone even if it was done in self-defense. They will use your membership in the NRA and signs in your window with themes like “Protected by Smith & Wesson” as an indication that you were merely awaiting the opportunity to legally kill someone. If they can create that idea in the minds of the jury, you could end up facing a murder conviction. Remarkably, it doesn’t matter if that perception is true or not.

What you and I should be thinking is that our guns are a tool of last resort. In other words, we should try to avoid a shootout if we can. Then, if we have no choice but to use deadly force in self-defense or in the defense of others, we will know that we did everything we could to avoid killing another person.

Before drawing a gun, it makes sense to try avoiding a situation altogether. While that isn’t always possible, there are plenty of situations that can be avoided simply by not going where violence is occurring or by leaving when it looks like something is going to go down.

Now I know the temptation is there to be the hero of the moment. I feel that same temptation too. But that doesn’t mean that I should be the hero. First of all, that’s not my responsibility. I am not charged by society to protect them, but the police are. While it is possible that I could defend someone and keep them from harm, I have to ask myself, “At what price?”

There is always a price associated with taking the life of someone, even if the courts declare you not guilty. The human mind has a way of torturing itself for killing another. That’s a much harder price to pay than the justice that the courts mete out.

So, how can you avoid this kind of predicament?

First off, if you are maintaining your situational awareness, then you should have a pretty good idea that something is about to happen. Once you have a feel for this, you need to make an important decision. Do you stay and see it out or do you leave before it can happen? Most of us would stay when in reality we should leave before anything can escalate.

Granted, if you leave a store or restaurant every time you think something is likely to go down, you’re going to be leaving for nothing a majority of the time. But that’s okay since you’re accomplishing your goal and protecting your family. You can always go back after it’s clear that it is safe.

Smart Self-Defense: Don’t Go There At All

You can say the same thing when hearing news that something is happening or about to happen. If there’s a demonstration scheduled downtown, then avoid downtown. You’re not part of that demonstration anyway, so there’s really no reason for you to be there. If you want to find out what happens, watch the news.

The same can be said for many other potentially dangerous situations, such as being in a bad area of town. Unless you have a legitimate reason to be there, why go? Find somewhere else to buy what you need or another route to take so you can avoid problems. Don’t put yourself unnecessarily in danger.

Even when trying your best to avoid a violent situation, you may find yourself in one notwithstanding. A classic example is someone getting mad in a bar or night club. Take some guy catching you looking at his girlfriend for an example. If he’s the violent type or has been drinking too much, he may decide to confront you for that imagined slight. What do you do?

In most cases, it is fairly easy to diffuse such a situation by turning their negative comment back into a positive one. In the situation mentioned above, the accusation of, “Hey, are you looking at my girl?” is intended to get a rise out of you. Responding by saying, “Yes I am, she’s beautiful. You’re a very lucky man” is the exact opposite of what he is expecting. By not rising to the situation with a snarky comment but instead complimenting him, you end his desire to cause trouble.

Of course, if that doesn’t work, you can always run away. If he’s really been drinking, he may not be able to keep up. There’s nothing that you can lose by running except your pride. But you really don’t need that to survive anyway, so there should be no problem with letting it go, right?

When all else fails, it’s time to draw; but the point I’m hoping you’re seeing here is that you don’t want to draw until you’ve exhausted other possibilities. If someone walks into the restaurant you’re eating at and opens fire, you don’t have other options. Nonetheless, if they are trying to start trouble, you do. Take advantage of those possibilities when you can.

But when it’s clear that you must use your gun, don’t hesitate to do so. At least, don’t hesitate any longer than tactically necessary. Remember, as long as you conceal your gun, you have the element of surprise on your side. Consequently, don’t draw until you are ready. If you can, take the time to move into a good tactical position where you have cover and the bad guys are flanked before drawing.

Smart Self-Defense: Give Them A Chance To Run

The old saying is, “Don’t draw your gun unless you intend to use it and don’t use it unless you are shooting to kill.” On the whole, I agree with that. But I also agree with the statistic which says that in 70% of the cases where a concealed gun is used in self-defense, merely presenting the gun is enough to cause the bad guys to flee. For this reason, give them the chance to flee before pulling the trigger.

This is exactly why you want to flank them if you can. You can catch them in a way where you have the advantage and it may give you an extra second or two before they are able to respond. This strategy might help tip their decision towards fleeing instead of fighting. It also might give you the second you need to get your sight ready if they decide to shoot it out. Altogether, you’ve got to use whatever you can to your advantage.

You may also enjoy reading an additional Off The Grid News article: 9 ‘Survival Guns’ That Will Keep You Alive In Any Situation

Or download our free 29-page report that discusses how to legally carry firearms (almost) anywhere, anytime: Stick To Your Guns

Do you have any more tips or suggestions on smart self-defense with a firearm? Let us know in the comments below. 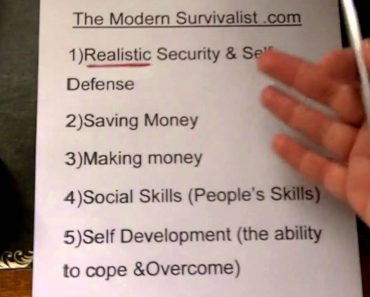 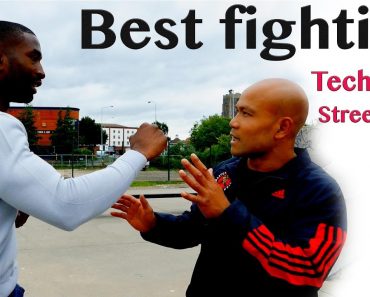