1. The Pump Action Will Always Drive People Away.

When an intruder hears the classic sound of the pump action, they will likely recognize it and possibly think twice. But that doesn’t mean that they will turn and run away. If an intruder is desperate enough, it’s very unlikely that the sound of a pump action will do much to deter them. They, too, likely are armed. The only thing that might make them flee is when they’re staring down the business end of a shotgun.

Point and shoot, and you’ll hit anything in front of your shotgun’s barrel, right? Wrong. It is one of the biggest myths that exists about shotguns — and primarily only subsists in some people’s minds because of what they see in the movies. You still have to aim when you shoot a shotgun, especially when things are up close and personal. The closer the target, the smaller the pattern will be.

When shotguns come to mind, people typically think of 12 gauges. To this end, they figure that a 20-gauge shotgun, another common shotgun round, is too underpowered. This is simply not true.

While it is absolutely correct that a 12 gauge is more powerful than a 20 gauge, a 20 gauge still has a lot of power to it (roughly equal to two .44 Magnums at the same time).

4. It Only Takes One Shot to End the Fight.

Sometimes, yes. But it’s never guaranteed that an intruder is going to be stopped dead in their tracks with a single slug or buckshot in their gut. If an attacker is high on drugs, there’s a significantly higher chance that you’ll have to rack in another round and fire again. Take note: Use a semi-auto or pump-action shotgun rather than a single or double barrel.

One could make an effective case that a 12-gauge shotgun loaded with buckshot rounds is the most effective weapon for home defense currently available to the average American. While you have to be careful not to be susceptible to the myths we have just discussed, it’s hard to argue against the lethality of a 12 gauge in a close-quarters defensive situation.

2. The 20 Gauge Is a Better Choice for Smaller-Statured People.

If you can shoot a 12 gauge comfortably, then by all means use a 12 gauge. But if the recoil of that 12 gives you too much of a kick to your shoulder, then there’s no shame in admitting so.  Women and people who are small in stature will often turn to the 20 gauge as an alternative.  While the 20 gauge isn’t quite as powerful as the more classic 12, it still delivers a lot of knockdown power and offers less recoil. The only thing to watch out for is the weight of the shotgun; a 20-gauge shotgun with half of the weight of a 12 gauge might have more recoil.

3. Buckshot Is More Effective Than Birdshot.

Contrary to what many people believe, birdshot can and will travel through your walls. But penetration aside, buckshot will almost always be more effective than birdshot in a defensive situation. A handful of pellets will do more damage to human flesh than hundreds of significantly smaller ones.

All in all, shotguns are excellent weapons for home defense and may mean the difference between life and death if you ever find yourself in such a scenario.

Is Your Shotgun Suitable For Home Defense? Read More Here. 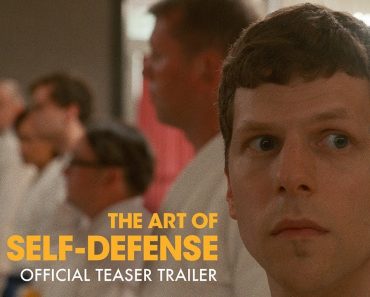