Home
Self Defense
What Is The Best Caliber For Self Defense Shooting?
Prev Article Next Article

Bullet selection is vital when it comes to self defense shooting

Few topics can light up a range-side or gun store discussion like handgun caliber. Most every long-time handgun owner feels strongly about one caliber or another being the best. When speaking of self defense use, the term “stopping power” almost always enters the discussion. Is there a best caliber for self defense shooting? This article looks at both professional opinion and conventional thinking to answer that question.

Lets talk primarily about the differences between two common choices for a self defense handgun. The 9mm Luger and 45, whether it be the ACP, Long Colt, or any other sub-category of 45.

What Is the Goal of Defensive Shooting?

To defeat a common myth from the start, self defense shooting does not have killing as its purpose. The sole purpose of a lawful self defense shooting is to stop the attack. Despite what movies and TV would lead us to believe, only one in six people who sustain gunshot wounds die. Also counter to typical media portrayals, a single round fired from any caliber handgun has less than a 25 percent likelihood of stopping an attack. Odds go up substantially—to about 63 percent—with two shots.

It’s important to distinguish defensive ammo—including hollow point, jacketed hollow point, and newer variants (HP)—from target ammo, typically with full metal jacket (FMJ) bullets. FMJ is made to penetrate in as straight a line as its speed and mass will permit. HP is made to expand in size, after impact with solid tissue, and sometimes fragment into smaller projectiles. The wider the expansion, the more dramatic the fragmentation under ideal conditions. I’m referring to a center mass shot on a typical 12-14-inch thick critter, whether two-legged or four. Miss slightly, and that round may sail through muscle and exit the other side, not even slowing down the subject.

Performance of the smaller calibers like 9mm and .380 ACP HP has come a long way in recent years. Loads considered insufficient for penetration of clothing and fat are better dialed-in for self defense shooting. Lots of shooters like 45 for the confidence-producing big hole it makes. But in some cases, this slower-moving projectile (typically around 850 feet per second as compared to in excess of 1,000 fps or more from 9mm), can produce less penetration and fragmentation.

It could be said that HP is a responsible selection of ammunition for the self defense handgun as compared to FMJ. The HP expends its energy on the first thing it meets. This bullet is less likely to sustain velocity and cause damage beyond the intended target.

A good strategy is to check out your ammo manufacturer’s website. Ballistic data can often be found on YouTube videos where some producers have gone to the trouble to re-create FBI protocol gel block tests.

What Matters More Than Caliber?

A handgun is a relatively weak weapon against a mammal like the typical human being. Permanently etched in my own memory are two grown men whom I met with in the emergency department in connection with my work, both of whom had been shot in the skull—one with 40 S&W and one with 9mm. Both had wounds that started on the side of the head and, rather than penetrating, the bullet had followed the curve of the skull until it got around the side, behind the ear, and simply went on its way. Both individuals had nothing more than minor scalp wounds.

Anyone who’s studied defensive shooting much knows that it is only a round through the brainstem or upper spinal cord that guarantees an instant stop. In all other cases, including an eventually round right through the heart, the continuation of the attack depends on the determination of the attacker.

Shot placement, followed by a sufficient number of rounds to deflate the assailant’s determination or physical capability, is far more important than caliber.

Decide What’s Right for You

I prefer to discretely carry something that offers more rounds in the gun, as well as an extra magazine. For me, navigating daily life, that means 380 or 9mm. While I admit there is greater “oomph” in the 40 and 45 loads, the former of which I carried for years and still do on occasion, it is my present and usual choice to carry something that holds more ammunition and is instantly accessible in my waistband.

When you’ve learned how your selected rounds perform in terms of expansion, penetration, compare that to your likely defense scenario.  Perhaps you live in a region where people wear heavy layers of clothing most of the year. Consequently, the .380 may not have sufficient penetration to be effective. Comfort will play a factor, as well. If you can fit your favorite 45 into a concealment rig, have at it. Many people can’t make that work. Choose something you’re confident about in terms of performance, as well as something that is wearable.

What is your favorite caliber for self-defense? Share your advice in the section below: 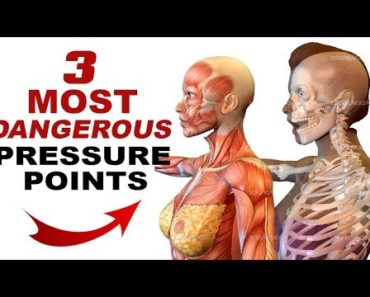