The worst-case scenario. A power outage and strange noise in your house after dark. You reach for your trusty Mossberg 500 and the flashlight sitting on the nightstand. You realize there is no good way to aim and fire a shotgun while holding a flashlight in seconds. Later, when you find your cat sitting peacefully with the remains of glass on the floor, you have time to wonder about the best tactical flashlight for your Mossberg 500.

Having both hands free to manipulate and fire your Mossberg 500 shotgun is critical in a stressful situation. A properly mounted flashlight can be a lifesaver in these situations. Unfortunately, most shotguns, including the Mossberg 500, don’t come with convenient Picatinny rails. A pump shotgun doesn’t offer good places to mount a standard weapons light. There must be a better answer. 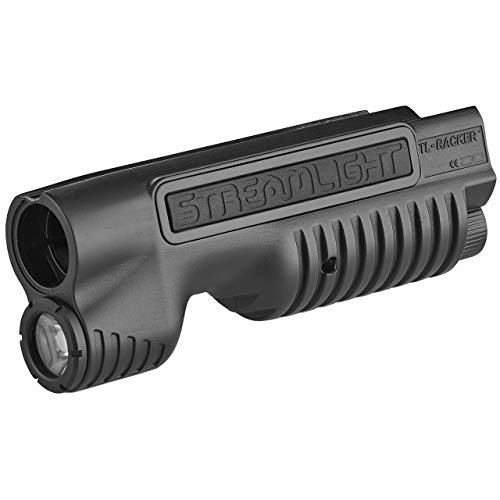 Streamlight looked at the options for mounting a Streamlight flashlight on a pump shotgun and came to a decision.  Shotgun adapter mounts suffer from several flaws.

Streamlight decided there had to be a better way. That better way turned out to be a flashlight integrated into a shotgun pump handle.

Putting the Light Where it Belongs

The Streamlight TL Tracker puts the flashlight on the shotgun where it belongs. Having the flashlight and its controls in the pump handle seems natural. Your forward hand is on the pump anyway. The light is directly beneath the muzzle, where most shooters prefer a firearm-mounted flashlight. In addition, you get all the features you expect from a Streamlight product.

I am a fan of Streamlight’s and own several firearms-mounted models. The Streamlight TL Racker gets the place as the best overall tactical light for a Mossberg 500 pump shotgun.

For a home defense shotgun, the Streamlight TL Racker is a great option. The price is right, and you won’t find better features or quality in a cheaper flashlight. You will be hard-pressed to find more and better features in much more expensive lights.

Surefire recognized the need for an integrated light and shotgun pump early in the weapons light game. The Surefire design is straightforward and functional. The controls are where they should be for both left and right-handed shooters.  The Surefire DSF shotgun light provides all the great features found in other Surefire flashlights.

The Surefire Name – Reliability and Functionality

Surefire is known for the quality of the products that they manufacture and sell. The DSL shotgun light is no different. You will get everything that the Surefire name has come to represent. Ergonomic design and functional engineering give the Surefire DSL light the level of quality demanded by professionals. You can have the same level of confidence in your shotgun tactical light by installing a Surefire DSF pump handle tactical light.

Once you examine a Surefire light, you will understand why Surefire is generally the choice among law enforcement and military personnel. When the equipment you carry must perform without question, a Surefire light is an excellent option.

There is a reason that Surefire is the choice among professional shooters. Surefire has built a reputation for durability, reliability, and service that is hard to ignore. Unfortunately, you must also pay for that sort of reputation and quality. 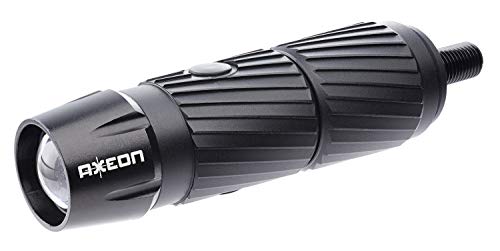 AXEON didn’t come with the original design for this type of Mossberg 500 tactical light mount. Those honors go to Steiner and the Steiner Mk7 shotgun light. However, Steiner has discontinued the Mk7 light. If you can find one used or from a discounter, they are good values.

AXEON took the design to heart. The AXEO Shotlight is certainly a unique concept for mounting a tactical light on your Mossberg 500 shotgun.

This is a great concept for mounting a tactical light on a Mossberg 500 pump shotgun. Feature-wise, AXEON seems to be in the game. As a new company, AXEON isn’t a well-known company. There isn’t much information from users or shooters about this light. However, the features that AXEON includes in their Shotlight shotgun flashlight are impressive.

This is a simple light that will fulfill the needs of most home-defense shotgun situations. The simple mounting design eliminates clamps and clunky, heavy replacement pump handles. For most homeowners, this little shotgun tactical light from AXEON is a budget-conscious solution to mounting a light on your Mossberg 500 pump shotgun.

For most homeowners who keep a Mossberg 500 pump shotgun for home defense, the AXEON Shotlight may be a perfect answer to your tactical flashlight needs. This little flashlight is certainly budget-friendly, and the installation is quick and easy. 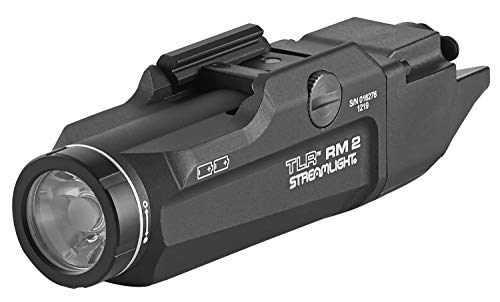 If you prefer a more traditional style of tactical flashlight for your Mossberg 500 pump shotgun, our suggestion is the Streamlight TLR RM2 rail-mounted weapons light. I am a big fan of Streamlight products and have used the TLR flashlights for many years. These are tough, functional, and well-manufactured lights that will give years of service.

There are some downsides to mounting a traditional tactical light on a Mossberg 500 pump shotgun. Still, there are ways to surmount these obstacles. The advantages can outweigh these problems. With a traditional rail-mounted flashlight, you have the flexibility to use the light on more than one rifle or shotgun.

A Tradition of Quality and Performance

Streamlight has a reputation for quality and performance among shooters. If you want to pack a host of features into a kit that keeps your budget in mind, Streamlight almost always has a solution. For the price of the Streamlight TLR RM 2 rail mount weapons light, you can’t find a kit that offers you more options and better functionality.

The Streamlight TLF RM 2 rail-mounted light system gives you huge amounts of light over a long distance with minimal weight. What more could you ask for in a tactical light?  How about a kit that includes the light and a remote pressure switch with all the mounting hardware, retaining clips, and batteries?

You can’t do better than the Streamlight TLR RM2 tactical light for the purest who prefer to go the traditional route. You can put an exceptional weapons light on your Mossberg 500 pump shotgun paired with the Streamlight Mag Tube Rail Mount. It becomes a multipurpose light with the ability to dismount and mount this light on other rifles and shotguns.

Don’t Get Caught in the Dark

Most encounters with intruders in your home occur after dark. Handling a shotgun and a flashlight simultaneously just doesn’t make good sense and can be dangerous. Mounting a tactical flashlight on your Mossberg 500 pump shotgun is one of the best accessory choices you can make. We hope that this article gives you an idea of how you can prevent yourself from getting caught unawares in the dark. 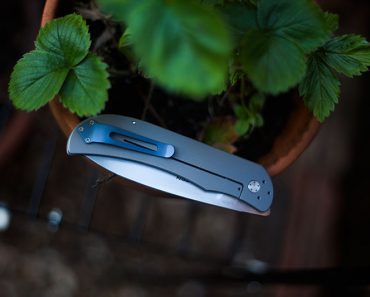