Home
Survival Tips
Apartment Survival: How to Prepare for an urban disaster
Prev Article Next Article


Some 70% of the US population lives in apartments. That’s higher than some countries, as 46% of Europeans call a flat their home. We tend to write about survival as if urban people don’t even exist. They do, and they’re among our ranks.

Apartment dwelling creates particular problems for survival. Limited space, limited resources, and the lack of any land you can call your own make it seem impossible to do anything to prepare for survival. Even so, there’s a greater need for apartment dwellers to prepare. They don’t have the resource advantage that someone living in suburbia has.

Having lived in an apartment, I’m aware of the problems of trying to prepare to survive in an apartment. While I can’t say that I’ve found all the answers, I have found a few significant ones.

To be clear, for those who aren’t aware of the problems, let me list a few of the biggest ones:

Lets’ see how to solve many of these.

A Word About Money

Many people who live in apartments do so because they think that’s all they can afford. But we live in rather exciting times, financially speaking. Right now, it’s cheaper to buy a house than it is to rent one or even to rent an apartment.

Regardless of whether you rent or buy, the last thing you want to do is to have such an expensive home that it puts you right at the edge of your finances. That is a real challenge, as preppers tend to need more space than others to store prepping supplies. Look around before making any housing changes, ensuring that you’re getting the best deal for your money. You need space, but you need extra money in the budget too.

Storage is the first problem that any apartment dweller faces. You don’t even have to be a prepper to encounter it. Most apartments aren’t very big and have very little storage space. If you’ve got a big family, it makes the problem even worse.

I lived in a motorhome for nine years, along with my former wife and three children. We had a total of 264 square feet of floor space for everything. Yet we managed to do it. Part of how we did it was to make use of every bit of space we could find. If there was a spot on the wall and there wasn’t a shelf or cabinet there, I built one and put it in, usually a specialized one, designed to store specific things.

The first thing to do is make the best possible use of the space you do have. While that might not be much, there is probably a long list of things you can do to make better use of it. There are many places in the average home, which can fit the bill of space that’s not used. There are also many websites and DIY projects online that show you how to use that space.

Here are a few such places:

How well you might use hidden space in your apartment depends on how willing you are to lose your damage deposit. One best hiding place in any home comes from opening up the wall that separates a closet from the room, from the inside of the closet. No matter how carefully people look, they forget to look above the door and on either side of it. But if you do open that space up or do other built-in storage projects, your landlord might not give you the deposit back.

In addition to space, you’ve got to think in terms of space outside the apartment as well. When I moved into an apartment, I needed someplace that I could use for a workshop. So, I rented one of these mini-warehouses you find all over these days. It’s not quite a walking distance from my home, but it is within biking distance.

Since I was renting that space anyway, I got a bigger one than what I needed for my workshop. That gives me a room that I can use for stockpiling supplies, all stacked on shelves that I built. It’s not as convenient as having that food at home, but it does double-duty as a supply cache outside the home.

Having many of my preps in that off-site storage helps a lot with my OPSEC, as my neighbors didn’t see what I’m doing. The things I had to do in my apartment were less noticeable, like normal security concerns and gardening. Others were gardening on their balconies as well, although not as extensively as I was.

Technically, you can’t put a rainwater capture system in if you live in an apartment, especially if you do not own the property. But that doesn’t mean that you can’t be ready to do so, should an emergency occur. After all, it takes a few barrels if your building already has downspouts installed.

That is one I’d do in conjunction with my neighbors. Not in the sense that I’d talk to them about it in advance, but rather that I’d plan on having enough rain barrels to at least help them out too. Rain barrels are cheap, and hopefully, there would be enough that I’d get some of the fruit of my labors.

Another way to do rainwater capture is to use a tarp. That can either be strung between trees, poles, or railings, providing a sloped area for rainwater to fall and be channeled to a single exit point, where a barrel is waiting, or people put their containers to collect water.

If your apartment has a balcony, brackets or poles can be made, allowing for stringing up a small tarp off the edge of the balcony railing to capture water. If you can do that, your problem won’t be so much whether you can capture enough rainwater, as it will be where you’re going to store the water that you capture.

There’s also the possibility of harvesting rainwater from nearby lakes, rivers, the apartment complex’s swimming pool, and other public sources. However, that requires leaving your apartment in search of water, which is riskier than staying there.

If you can, rent an apartment with a balcony and preferably with that balcony on the building’s south side. That will allow you to do a little vertical gardening on the balcony. While the concept of growing everything you need in a four-foot square vertical garden is a false idea, whatever you can grow will be to your benefit.

But you don’t have to be limited to growing on the balcony. There’s also a lot that can be done inside the apartment. Anywhere you can get sunlight in the apartment can be used to grow plants for food. That includes getting sunlight, thereby setting up a mirror.

People do that by putting shelves in front of their windows and then put potted plants on those shelves. While that works, you’re better off putting the shelves farther away from the windows, but where the light will still fall on them. That will allow for more shelf space, as the sunlight will move across the room through the day.

Potted plants don’t have to be limited to those that fit in little pots either. Many people like having foliage in their homes, so why not make sure that the foliage that you have is foliage you can eat? Miniature fruit trees are a great way to come up with some extra food, in a way that looks more like fancy decorating than turning your apartment into a vegetable garden.

Another way to use potting is to plant vines in pots and allow them to grow around the room. Several different edible fruits come from vines, such as cucumbers and melons. The vines can go behind furniture, where it will be out of the way.

The other thing to consider is being ready to turn the complex’s common areas or lawn into gardens in the wake of a really serious disaster. As with gathering rainwater, this is the type of thing that is something to do in conjunction with your neighbors, both to get enough workforce for the effort and to make sure that it isn’t all stolen from you.

While security may very well be an issue in an apartment complex, it is anywhere as well. Although you don’t have any control over the security of the complex as a whole, there are several things you can do to improve the safety of your apartment.

Basically, we’re talking about doors and windows here. Of those, doors are more important. If your apartment building has metal door frames (most do), then you’re actually in pretty good shape. With a couple of deadbolts into that metal door frame, it’s unlikely that anyone is going to be able to break it down.

Windows are another thing. I’ve seen a few apartment buildings with burglar bars over the windows, but that’s not common. Nor is it something you can do yourself without attracting the attention of the landlord or property manager. However, you can add window security film to the inside of your windows, without them even knowing it. While that is an imperfect solution, it will at least slow down anyone trying to break in.

Your biggest protection will come from teaming up with others in the complex. The apartment complex I used to live in had a couple of cops residing there. Working together with them, I sought out many people who were either hunters or who carried concealed. We were an informal reaction team, should anything go down in the complex.

Since the police technically can’t go along with something like that, I didn’t present it that way. Instead, I introduced myself to them as someone who carries “just in case anything happened in the complex.” I told them I wanted them to know who I was, should we both show up in a developing situation. The idea grew from there.

For many people living in apartments, the best possible solution is bugging out. At a minimum, apartment dwellers will probably need to bug out before suburbanites do, just due to the lack of resources. Rising crime rates, brought about by people being desperate, will show up in the city long before they show up in the suburbs.

If you have relatives or friends who live in suburbia or even in a rural area, your best survival plan could be to join together with them as a survival team. Should something go down, you would bug out to their location, bringing your equipment, knowledge, and supplies with you.

I had an arrangement like that with my mother-in-law, although I didn’t explain it to her that way. Rather, I told her that my wife and I would be coming to her place in the event of an emergency so that we could take care of her. It happens that doing so would have been better for us as well, making it easier for us to survive. But that wasn’t the issue, as I presented it to her.

As part of that, I stockpiled some supplies at her place, installed a rainwater capture system, and improved her home security. That not only made sure that we’d be ready, should we need to bug out to her place, but incidentally helped convince her that I was the best son-in-law around. 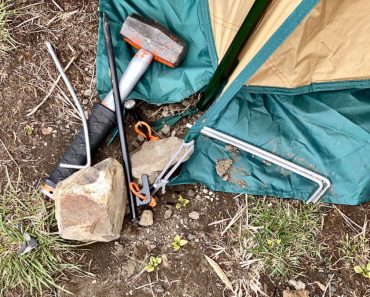 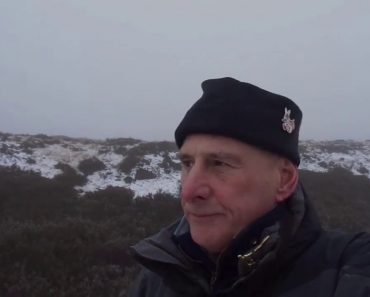