There are a lot of variables to consider when it comes to survival, especially in an emergency or SHTF scenario. You need to make sure you have enough food, water, and other supplies, weapons and ammunition, shelter, and transportation.

Essentially, you need to ensure you have everything you need to stay alive without the things that we take for granted every day, such as power and water infrastructure, supply chains, and other essential services.

In all the panic and preparation, there is one thing that is often overlooked — body armor. There are plenty of survival situations where having the right body armor could mean the difference between life and death. Let’s take a look at some different survival scenarios and help you pick the best body armor for each one.

Traditional body armor is divided into five categories, called levels. While these types of body armor might not be applicable in all situations, let’s quickly run through each level and the type of attack that it can resist:

We haven’t experienced a widespread economic collapse since the stock market crash of 1929 that preceded the Great Depression. There aren’t many people left alive who remember what this was like, and those who do are aging swiftly. The problem with economic collapse as a survival situation is that people get desperate, and it’s hard to predict what a desperate person might do.

The best armor for these situations would be anything that can stand up to handgun or rifle rounds, specifically the sort of calibers your neighbors or people in your city might be carrying.

Civil unrest creates some of the same problems as the economic collapse we just mentioned. People are desperate and scared, and they’re willing to do whatever it takes to survive and protect the people they care about.

Opt for Level III+ or IV body armor if you’re worried about gunfire. In close quarters, a stab-proof vest might be the better option. It doesn’t work well against bullets, but it could save your life if you run afoul of someone in a mob with a knife in hand and blood on their minds.

This is where things get a little more complex. “Natural disaster” is a broad term for anything that damages human life or livelihood that isn’t caused by human hands. This could include hurricanes, tornadoes, blizzards, wildfires, earthquakes, volcanic eruptions, and all sorts of other weather-related events that can leave devastation in their wake.

Body armor might not be your best option if you’re having to navigate flooded streets or sheltering from a tornado. It could also be an important tool after the storm has passed and things start to calm down when people who haven’t prepared for the disaster start to look for food and water and other supplies.

During the disaster, use your discretion when it comes to wearing body armor. After the disaster, when you may have to deal with other survivors, Level III or III+ armor could protect you from aggressors with handguns.

Climate change is a growing threat, and if it isn’t addressed soon, it could result in massive disasters around the globe. Coastal flooding as sea levels rise is going to be one of the biggest challenges, driving hundreds of thousands of people out of their homes as the ocean swallows them up. In this case, we’ll also likely see inland cities clogged with climate refugees searching for a place to belong.

In these cases, protecting yourself from the desperation of your fellow human beings is going to be the most important thing. Herein, opt for the highest level of body armor you can afford and comfortably wear.

Grid-down events are defined as situations where the power grid fails and remains off for long periods. This can happen for any number of reasons, from hurricanes and other natural disasters to attacks that overload or shut down the power grid and damage other infrastructure. Survival in these cases will often require hunkering down in your shelter and staying there until the grid is restored or other plans can be made.

In these situations, as long as there is a plan to restore the grid, body armor might not even become necessary. If it looks like it might be more of a permanent situation, opt for body armor you can wear at all times comfortably, especially if you find yourself having to deal with other survivors.

Two years of living under the shadow of COVID-19 have taught us a lot about how to stay safe during a global pandemic, but when you compare this virus to some of the nastier ones that could spread across the world, we’ve had it easy. If a more dangerous virus begins to spread, something with a higher fatality rate than COVID-19, more comprehensive protection tools will be necessary to stay alive.

If we’re contending with a dangerous global pandemic, spending money on body armor isn’t going to be as useful as a set of good masks. Even a HAZMAT suit would be a better investment.

So much of what we use on a daily basis relies on electricity. An electromagnetic pulse (EMP), either alone or preceding a nuclear strike, has the potential to knock us back into the stone age. Any technology you use to store your survival gear — such as an electronic gun safe — had better have a manual backup or you won’t be able to access the weapons and armor you need to stay safe.

The exact body armor you might need in these situations will vary greatly depending on what caused the EMP. If it happened as the result of a nuclear strike, a radiation-proof suit will likely serve you better than more traditional body armor. But if you find yourself in need of a tool to help you defend your homestead, opt for the highest level of body armor you can afford.

People have been afraid of the thought of another world war since the last one ended in 1945. The threat has been looming over our heads for decades, and with so many gun owners in the United States, the average citizen might be able to put up quite the fight if someone decided to invade.

Of course, anyone invading our shores would also likely be just as armed, and you’ll need something to protect yourself. Opt for the highest level of body armor you can afford. It won’t protect you from everything, but it might give you a fighting chance if the enemy comes at you with high-powered rifles.

Much of our idea of civilization is teetering on a knife’s edge, waiting for something to push it over one way or the other. Like many of these survival situations, the biggest problem during the collapse of civilization is going to be the desperation of our fellow human beings.

People who look down on survivalists and preppers as paranoid will suddenly be desperate for the supplies those same survivalists have squirreled away throughout the years.

Opt for Level III+ or IV body armor in these situations. It’s going to get ugly, and you’ll need everything possible at your disposal if you hope to protect yourself.

Zombies — Anything You Can Use

It might seem a little outlandish, but if you’re getting ready for the end of the world, your best bet is to be ready for anything and everything — and yes, that includes zombies. For the sake of argument, we’re going to stick with Romero-era zombies — no running, they bite to infect, and are killed by destroying the brain or spinal column.

In this case, body armor isn’t going to do you much good. Instead, you’ll want to opt for anything that can keep zombie teeth out of your flesh. In “World War Z,” Brad Pitt’s character used phone books and duct tape. You could also use the kind of arm pads they use to train police dogs, falconer’s gloves, or even the long kevlar gloves designed for mechanic work.

Stay Safe out There and Be Ready for Anything

No matter how the world ends, there will always be people desperate to survive and willing to do anything to achieve that goal. Protect yourself with the best body armor for each situation.

But for all of this, you should read Simple Gun Hacks That Will Instantly Double Your Accuracy from Decorated Green Beret! 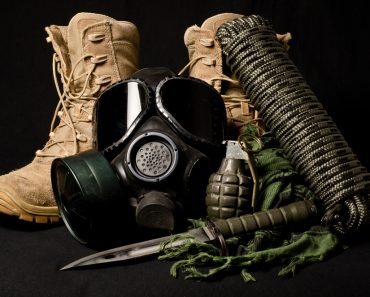 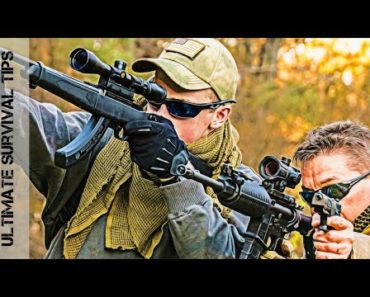 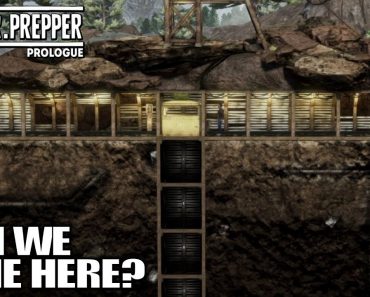