Where are you on the road to privacy? Maybe you haven’t gone far at all and still have a ton of information out there. That’s OK. Everyone starts somewhere. Part 3 of this series will help you manage your pattern of life and online footprint.

Kidnapping for ransom brings in approximately 1.5 billion dollars per year. Let’s imagine that I am kidnapped for ransom in South America. If the ransom is paid, my captors will probably put a bag over my head and suffocate me to make sure I don’t identify them someday. Since I understand that my chance of survival will drop in to single digits if I comply and let myself be transported, I’m wouldn’t hang around to find out. One technique that kidnappers use to keep guys like me under control is to get my name off my ID (and my address if it’s on my driver’s license and I’m carrying it).

Armed with that knowledge, they can then go to social media websites or even paid search sites to gather more information.  They want to locate my home and ultimately my family. Once they do, they’ll follow them around and take photos or get a PI to do it (by paying him and giving him a phony story) which they will use to “prove” to me that they can get to my family. To keep me in line, they’ll describe, in gory detail, how my family will be harmed if I try to escape.

Had I managed my online footprint effectively, compartmented (such as kept my legal name compartmented from my address), and made some changes to household SOP and my own pattern of life, a social media search wouldn’t have likely turned up any useful information. Had I used LLC’s formed in states with laws favorable to privacy to rent or buy vehicles and real estate or used nominees, it would be unlikely that a small group of criminals would be able to find my family, simplifying the problem.

Rigorous compartmenting can successfully protect privacy even if you do not stay on top of every little change in technology. If you take one thing away from this part of the series, I hope that it’s the need to compartment. Departures from compartmentalization usually occur because it is not convenient and unless you really stay on top of changes and newly discovered vulnerabilities in the technology you use, they can become your undoing.

This is sound advice. Registering vehicles and property in the names of LLC’s (in privacy-friendly states) or nominees makes it much more difficult to tie them to any of your identities. Same goes for rental agreements and utilities. It also makes them easier to compartment. J.J. Luna recommends having a couple of LLC’s with generic sounding names on hand (he calls them “shelf LLC’s”) in case you need one in a hurry.

Think Twice Before You Give Out Information

You don’t have to look very far or hard to find an article written by someone after quitting Facebook or Twitter. While these writers love to shock readers and reel them in with stories of frightening “social media withdrawal” symptoms, most such articles eventually come clean in the end and report dramatic improvements in quality of life.

Social media provides a sickening an obscene amount on users and is increasingly the go-to tool for private investigators, bounty hunters, lawyers, thieves, predators, scam artists, hackers, law enforcement, creditors, government and business alike. It is a dream come true for anyone who wants to know all about you. The best part about it is that, one way or another, most of that information is provided by you, the user.

Before you add another app or register for another account, ask yourself if you really need it. Will it make a difference in a year? How about in five or ten years? What are the company’s privacy practices? Just because you don’t give information over the computer doesn’t mean that it won’t end up online.

If you’re more concerned about hiding from criminals, crazy ex’s and enraged motorists than from governments, check out privacy companies. They enable anonymous online purchasing, text messaging and masked email accounts and phone numbers. They also make signing up for new services and managing passwords a snap.

Every year, approximately 20% of Americans move. Those who fill out a form requesting that the USPS permanently forward their mail invite severe consequences. J.J. Luna first made me aware of the fact that if you permanently forward your mail when you move, the address you forward it to goes on the National Change of Address List. The USPS licenses this list to more than 500, who combine it with their own lists and sell updated lists to anyone who will pay. They may keep your address indefinitely since there’s little oversight to stop them.

Because the USPS keeps addresses on this list for 4 years and so many Americans move each year, the NCOA List can include up to 160 million addresses any given time. If you fill out that form, you’ll make it virtually impossible to keep your name separate from your new address. You can avoid this by not filing a change of address form. Contact everyone you would like to receive mail from and give them the address for a PO Box. If you want to be untrackable, don’t receive any mail or packages at your home whatsoever. 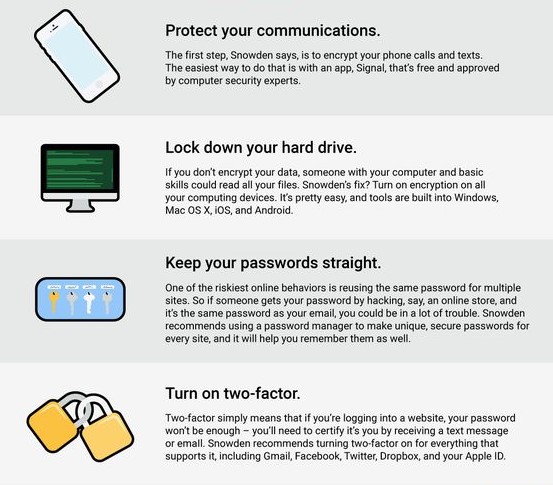 Encryption should not be relied upon by itself because of the periodic discovery of vulnerabilities in encryption software. despite vulnerabilities mean that encryption is not 100% effective, various law enforcement agencies have thousands of devices in evidence that they are unable to access. Should your computer or storage device fall into someone else’s hands, effective encryption is a much greater obstacle to accessing the data it contains than just a login screen.

While each of these factors are vulnerable by themselves, they present a more serious obstacles when used together.

Using two or more factors creates enough difficulty that hackers generally move on and look for an easier target.

Use VPN or Tor to Hide Your IP Address

Running VPN uses an ISP (choose a privacy-centric one) to connect to your VPN provider. A VPN provider establishes an encrypted tunnel between your computer and any of thousands of VPN servers across the globe. This way, your ISP only sees that you are using an encrypted tunnel to the VPN provider and the sites you are connecting to don’t see your true location. Choosing a VPN provider based outside the USA in a country with better privacy laws than ours creates obstacles for anyone trying to track who you are connecting to. Just keep in mind that although your ISP can’t see your encrypted communications, they can still see the VPN provider you connect to, when, for how long and how much data is sent and received. If you aren’t using VPN, they can see a whole lot more.

VPN and Tor both have tradeoffs. VPN is faster and easier. But with VPN, your VPN provider knows your real IP address. VPN wasn’t designed for anonymity. Tor was and is somewhat safer. Tor is run by volunteers, is slow and has some compatibility issues.

Cookies are tracking files that are saved to your computer. Don’t accept cookies from anyone you don’t want to be able to track your online behavior, which should ideally be no one. If you do accept cookies, delete them at the end of each session.

Browserfingerprinting in another way to tack you based on your browser configuration. When you connect to websites, they can see what browser you are using, it’s configuration and the browser extensions you are running, which gives a lot of options, kind of like DNA or fingerprints are used to find criminals, only its less precise.

Sites like panopticlick can measure the uniqueness of your browser. Running a privacy-centric browser like Epic with the fewest possible extensions makes your browser just like far too many others. If you run something less extreme and arguably more convenient in your legal identity compartment, give Firefox a look, but you’ll need to run extensions like NoScript which block JavaScript, Java and Flash because they can be used to run scripts on your computer that compromise privacy and security.

Log Out of Accounts When They Are Not in Use

It used to be that we only needed to worry about our browsers tracking our browser history, but that is no longer the case. Now some sites log our browsing history to profile us in order to better target us with advertising … at least that’s why they say they are doing it. To avoid this, log out of Microsoft, Google or Yahoo accounts when not in use.

Phone providers fill phones with all kinds of balloonware … software built for the express purposes of tracking you and slowing down your device, so you’ll need a newer one sooner. When you buy a new device, root it and replace the version of the OS from your provider with a clean installation. Your device will run faster and will be safer OS’s from providers often lack privacy and security features.

There is so much more I’d like to include in this part, but alas, this is an article, not a book. While this part should get you started, I hope that you continue the process of learning how to protect your privacy. 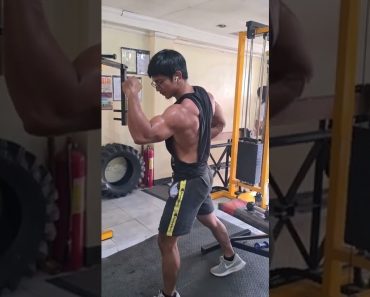