The more time I spend as a prepper and survivalist, the more I find myself trying to integrate my survival plans into my daily life. This probably started out with keeping an EDC bag and first-aid kit in my car, something like 40 years ago. In more recent times I’ve found myself using my own home-generated electricity to power various things. I also grow my own vegetables to feed my family and a number of other simple, practical things.

One of the things I’m attempting to do with all this is reduce my monthly cost of living. As I grow closer to retirement age, one of the thoughts in the back of my head is about if and how I will be able to retire. Since I’ve been self-employed most of my working life, I don’t have a huge retirement waiting from corporate America. However, as anyone on Social Security can tell you, that’s not enough to live on.

I have always been interested in off-grid power, solar hot water, having my own well and any number of other things that fit into the survivalist mentality. I have also integrated that with the idea of lowering my cost of living for retirement as well. Even if I never have to use off-grid power to survive a major disaster, I’m interested in it from the viewpoint of being able to survive retirement.

Since I have a large house and live in a hot part of the country, I try really hard to save on my electric bill. This has been a large part of how I am integrating my survival plans and my retirement. As part of that, I have been looking at the idea of building a root cellar.

How A Root Cellar Works

The idea of the root cellar goes back at least as far as the Middle Ages. Back then, farmers who were fortunate enough to have a cave on their property, used that cave to keep milk, cheese and cured meats cool. Some farmers found that they could accomplish the same thing hanging those foot items in a well. In both cases, they were able to extend the life of those food items by keeping them cooler.

Some time later, people found that the same cool temperatures which helped keep their milk and meat from spoiling also worked to keep their vegetables fresh longer. They also figured out that if they didn’t have a naturally occurring cellar on their property, they could dig one themselves. After all, if they could dig a well and it kept cool, why not a cave?

Hence we have the root cellar; natural refrigeration that doesn’t require electricity.

So, how does a root cellar work? To start with, it’s underground. We all learned in elementary school science that heat rises and cold drops. So, anything that is underground is likely to be cooler than anything on the surface. If you’re not sure about that, go visit and underground cavern sometime, just be sure to take as sweater along with you.

Not only is it cooler underground, but that same principle of thermodynamics ensures that it will always stay cooler underground. No matter what else, any hole we dig in the ground will stay cooler than it is on the surface. That is, as long as we don’t go far enough underground that we are reaching the hotter regions associated with the molten core of the Earth.

Of course, something that adds to this is that the ground that’s contained as part of the Earth’s crust is cool. This is a result of the “thermal mass” of the ground. In other words, the ground itself acts as a big temperature battery, maintaining the average above ground temperature. So, in most places, once you get past the frost line the ground maintains a constant temperature of 55°F.

That 55°F isn’t as cold as the average refrigerator, which is normally maintained at 40°F; but it is considerably cooler than the ambient air temperature. So, being cooler than it is above ground, the cave or root cellar will keep food fresh longer. Therefore, the cooler temperature will slow the metabolism of any bacteria in or on the food.

Root cellars can take many forms, depending on the type and size you want to build. While some people make small root cellars by burying a plastic storage bin or used refrigerator, I want to concentrate on larger root cellars. Larger cellars would provide enough storage for the produce from your garden, as well as other foodstuffs that you might purchase or harvest.

I’ve seen root cellars which are underground and those which have been built at ground level, either dug into the side of a hill or with a mound of dirt raised over them. While this is functional, it is not as effective as a root cellar that is truly underground. Considering that every time you open the door, the cool air inside escapes and is replaced by warmer ambient air.

Although it is more work to dig a hole and build a root cellar underground, in the long run it is more effective. The only exception would be if you live in an area with a high water table. These areas would tend to cause flooding of your root cellar. If homes are built without basements in your area, in order to avoid flooding due to a high water table, you will want to avoid digging an underground root cellar. In those cases, you’re better off making one that sits at ground level and covering it with a mound of dirt. The thermal mass of the ground will still help keep that root cellar cool.

There is also one European company which manufactures a spherical fiberglass root cellar. This kind of cellar can be installed underground in areas with a high water table, because it is waterproof. However, it is costly as well.

Just about any material you can think of can be used to build a root cellar. However, I would have to say that cement block or earth bags are about the best that I have seen. In the case of earth bags, you’ll need to build the shelving free-standing. With cement block you can actually attach the shelves to the sides walls.

Plan your root cellar with minimal space wasted or aisles, using most of it for shelving. However, if you are planning on having smoked hams or cured meats in the cellar, you might want an area where you can hang them.

Regardless of the construction that you decide on using, the root cellar should be made as waterproof as reasonably possible. That being said, you probably won’t get it fully waterproof. You also want to make sure you make your ceiling height high enough that you don’t have any head bangers. I’ve seen more root cellars with head bangers, than I have with enough ceiling height to walk safely.

Getting The Most Out Of A Root Cellar

The nice thing about a root cellar is that it doesn’t require any electricity. Unless you decide to hang a light inside of it. However, it’s not going to save you a bit of money, if you still have to run your refrigerator full time. Putting some of the food in your root cellar and keeping less in your refrigerator won’t help either. Your combination refrigerator/freezer unit will actually run more efficiently if it is full, than if it is half empty.

The trick here is to see if you can downsize to a smaller refrigerator/freezer unit. At the same time, make sure you get an energy efficient unit. Then, use that unit for just the things you need to have readily at hand. Everything else can go in the root cellar, where it may not be as convenient, but it won’t cost you to keep it cool.

Build Your Own Root Cellar Today!

Do you have any tips on building your own root cellar? Let us know in the comments below. 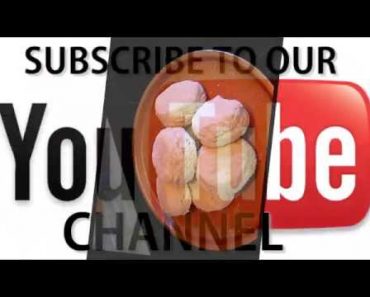 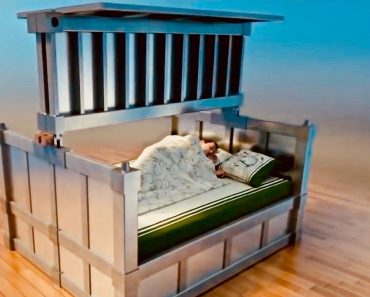 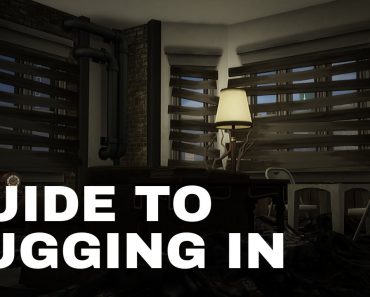