Home
Survival Tips
Using Your RV As A Bug Out Vehicle For Survival – Can It Really Work?
Prev Article Next Article

An RV can make a great bug out vehicle because you have your survival shelter with you wherever you go.

I spent nine years of my life living and traveling in a motorhome. In many ways, those were the best years of my life. My family was very close and we got to do a lot of great things. Of course, living on the road in a recreational vehicle like that, we did everything as a family. It didn’t matter if that was to go to the grocery store or to minister in a church.

Turning An RV Into A Reliable Bug Out Vehicle

One of the problems with that lifestyle was that there was no practical way to prepare for disasters. We just didn’t have the room to stockpile a year’s worth of food. Also, we were moving around all the time and crisscrossing the country. As a result, we couldn’t build a stockpile in one place and depend on being close to it if anything bad happened.

That doesn’t mean we didn’t try, because we certainly did. We always had about a month’s worth of food with us as well as a number of other things that would have helped us survive. But the biggest thing we had was that we lived in what you could consider an almost perfect bug out vehicle.

I say almost perfect because the motorhome was a rather ungainly vehicle. It was definitely not the kind of thing you’d want to take off-road. However, bugging out doesn’t necessarily mean that you have to go off-road. There are a lot of different ways to bug out. Moreover, they don’t all require heading off to the top of a mountain. You don’t have to be driving on a trail that is better suited to a donkey than something with four wheels under it.

What made it a great bug out vehicle was that we had our survival shelter with us wherever we went. If there was a major disaster of some sort, we didn’t need to bug out in the same sense that most people would need to. In fact, we were already bugged out and we lived as if we were bugged out.

This is not to say that any recreational vehicle is a perfect bug out vehicle. There were a few things I did to make it possible to use our motorhome in this way:

The freshwater tank on my motorhome would only hold about 60 gallons. That was enough for about three days if we were very careful with it and took the same sort of showers that they take in submarines.

For most RVs, once the water runs out, you’re sunk unless you can refill with a hose. What I did was get a filtration system and pump. These items would allow me to pump water out of any lake, stream, or puddle. I could then filter it and fill out my tanks. So, as long as I could find water, I could replenish our supply.

Recreational vehicles, much like our homes, use the same water source for everything from drinking to flushing the toilet. For this reason, I created a grey water system, thereby making it possible to get more use out of the same water.

There are two electrical systems in most RVs, a 12-volt one and a 120-volt one. My motorhome had a generator for the 120-volt system. Nevertheless, that would only last so long, as it wouldn’t run once I ran out of gas. Still, it was something that was important to have.

For the 12-volt system, I installed solar panels on the roof, making it possible to recharge the batteries (the motorhome had one battery for the motor and two for the “house”).

The two main things that operated on the 120-volt system were the air conditioning and the refrigerator. The fridge could also run off of propane, so it wouldn’t go out if we ran out of gas for the generator. Air conditioning, on the other hand, would be out unquestionably.

To help make up for the air conditioning running out, I built a portable, collapsible roof that I could erect over the motorhome’s roof. This prevented the sun from shining directly on the RV’s roof, helping to keep it from getting so hot.

Get Dependable Back Up Solar Power For Any Crisis

The one resource that could have caused a serious problem while using the motorhome was propane. We needed that for cooking, heating, and for running the fridge. I eliminated the propane heater as it didn’t work well. Furthermore, we spent the winter months in the south where we didn’t always need heat. Once I eliminated the propane heater, we could go about six to eight weeks on a tank of propane.

I also added in the necessary plumbing to make it possible to use the same kind of propane tanks that people use on gas barbecue grills. So as long as I could find those, I would have a source of propane. For that matter, if I could find an abandoned house with a propane tank out back, I could refill my tank.

Finally, I always had a grill that I could use for cooking outdoors. We did this many times just to avoid creating heat inside the motorhome.

As I mentioned earlier, most RVs don’t have enough storage for a good stockpile of food. The newer motorhomes are built higher and with a deeper “basement,” which provides more storage space. Nonetheless, mine was an older model. Consequently, what I did was add fiberglass storage pods on the roof. These gave me more storage space for the extra food.

The other thing I did was to go through the motorhome and convert every bit of wasted space that I could find into additional storage. In many cases, I’m talking about rather small spaces, like the space above the sofa back and below the window. I made a rack there to hold music CDs. I also added shelves for books, a filing cabinet drawer for my office papers, coat racks, and other storage items.

Is An RV Bug Out Vehicle Really A Practical Option?

Once I was finished with my modifications, my motorhome was much more of a survival retreat than it had been originally designed for. Was it perfect? No. Yet, my family and I could survive in it. We couldn’t go to that mountaintop I was talking about, but we could go to a campground somewhere or even to a wide spot in the road, set up, and be ready to survive.

In the case of an actual bug out, the motorhome is a superior bug out vehicle to just about anything else I’ve seen. This is true mainly in the sense that I didn’t have to find someplace with shelter to go to. I already had my shelter, and so all I needed was someplace outside of the affected area.

The fact that the RV provided furniture, storage, and appliances made it effective as a survival retreat. Obviously, it wasn’t a bunker and bullets could pass right through the walls. Notwithstanding, that was never part of my intent. Few survival retreats are bulletproof.

Due to some personal changes in my life, I have had to make some alterations to my survival planning. Part of this is that I am looking for a piece of wooded property that’s far enough away from my home so that I can park a travel trailer to use as a survival retreat. In any event, while others may not use an RV for their survival retreat, I think it’s more than good enough for me.

Do you have any more recommendations on how to transform an RV into a bug out vehicle? Let us know in the comments below. 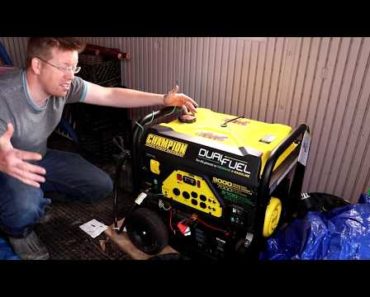 How to Use a Kubotan in 3 Easy Steps

Prepper Tip – Fish Antibiotics Could Save your Life

tip of the week from prepper mom

Using plants for personal hygiene in the wilderness

The 6 Levels of Prepper Food Storage

Self Defense Tips – Do Not be a Victim

Not All Self Defense Scenarios Are The Same by John Danaher

Self Defense Tips & Techniques for Women : Trusting your Instincts in Women's Self Defense

VR to The Nutcase Survivalist

The Ever Changing To Do List of Building a Homestead | VLOG